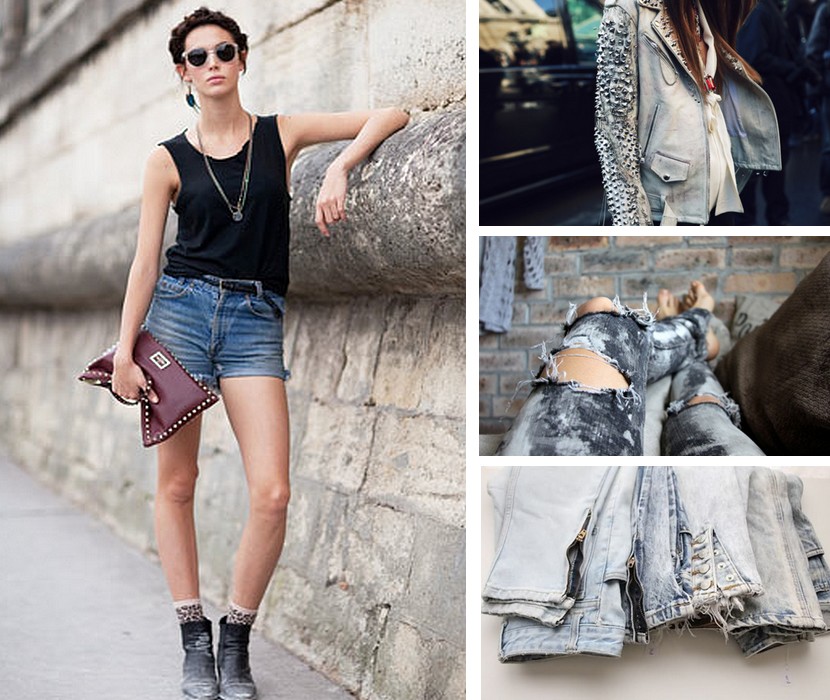 my tumblr
Good morning!! Well.. maybe I should say, good afternoon, I just overdozed the sleeping time eheh Today it’s the 25 April and it’s an important day here in Portugal, we celebrate it as a freedom day and from that we have a national holiday. We celebrate this day every year, and we have a special care for the celebrations of our carnation revolution day (a revolução dos cravos), as we call it. This name came from the events that changed the Portuguese regime many years ago (1974) to a democracy, and the simbolic carnation flowers were put on the gun’s end and uniforms as the end of the ‘war’. I thought this would be an important thing to say, because this is really an important day for the portuguese citizens and I am one.
Now I get to show you the IV round of Fashion Trunk I’ve prepared for you guys 🙂 Huge obsession for denim and I guess everybody has it, on pants, shorts, jackets, skirts, even in acessories. I’ve made on cute denim bralet top the other day and I have to show you, I think it will be a nice thing to use with long skirts. But that, you’ll see later. Now, run to go lunch with family and later night dinner with some friends. Talk to you tomorrow, have a wonderful day :)*
Bloglovin|Facebook|Tumblr